Difference between revisions of "How to Write a Server"

This tutorial is being created to document what it takes to write a stand-alone server to interact with Notchian clients. The tutorial is incomplete but will be updated whenever more information is discovered.

Before You Get Started

If you're not using a wrapper/library

If you're not using a wrapper/library, then you'll need to do all the dirty work by hand.

The Minecraft server accepts connections from TCP clients and communicates with them using packets. A packet is a sequence of bytes sent over the TCP connection. The meaning of a packet depends both on its packet ID and the current state of the connection. The initial state of each connection is Handshaking, and state is switched using the packets Handshake (Handshaking, 0x00, serverbound) and Login Success (Login, 0x02, clientbound). You can read more about Minecraft Packets on the Protocol page.

Your server needs to accept a Handshake(0x00 with state=1) and a Request packet, which you'll respond with a Response packet including JSON detailing the server. You can read more about this on the Server List Ping page. 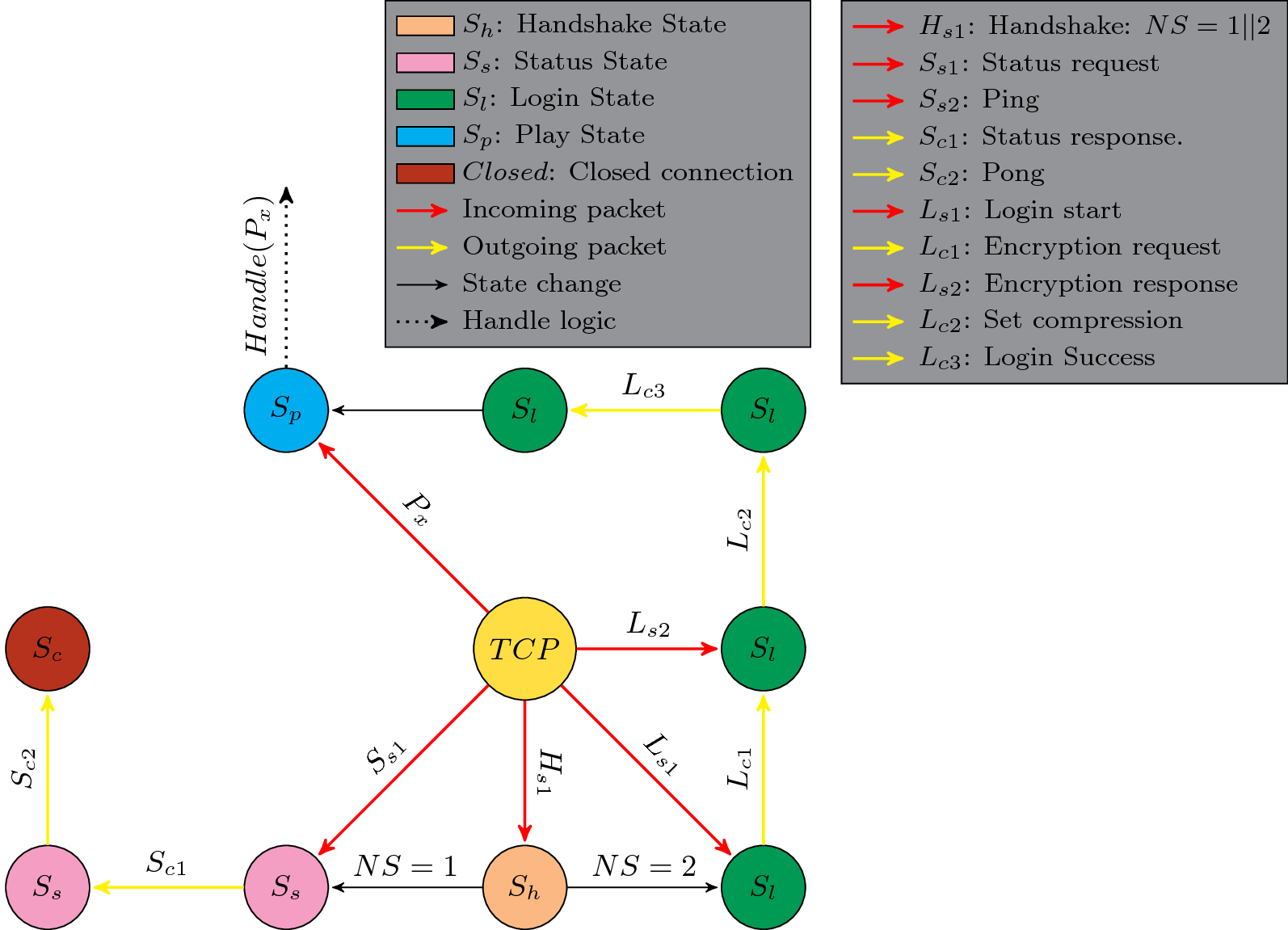 It should be noted that outgoing packets are not directed towards the TCP node in the middle. This is just because it made a simpler FSM. There is also a possibility to have the Set compression to be sent after Login success, but it will have a different packet id because the connection state will be Play instead of Login.